All I have to do is dream

Some authors dream about this and make it into a multi-million dollar career.

I always wanted to be one of those authors who miraculously dreams up material for their books. For example, author Stephenie Meyer had a dream once about a girl and a vampire boy lying in a beautiful field of flowers. That dream became the basis for the Twilight series (and movies and dolls and an entire generation of housewives obsessed with Robert Pattinson, myself included).

I was dreaming about the Barefoot Contessa. You know, tv personality/chef Ina Garten who I have admitted to having a slight obsession with in the past.

In my dream, we were cooking together. Specifically, we were making a salad with slices of grilled steak in it. I don’t eat red meat, but for some reason that’s what we were making and it made total sense. So we finished assembling the salad and the last step was—wait for it—putting it in the oven.

So I woke up and thought, OMG, that is the FUNNIEST thing ever. Putting a salad in the oven!! I generated a tweet in my mind that very moment. I was convinced that it was the most hilarious, witty tweet I’d ever composed in my life. I almost got out of bed and tweeted it right then and there. I’ll stop teasing you and just lay it out there. My tweet was:

Just had a dream that I was cooking with Ina Garten. We put a salad in the oven. 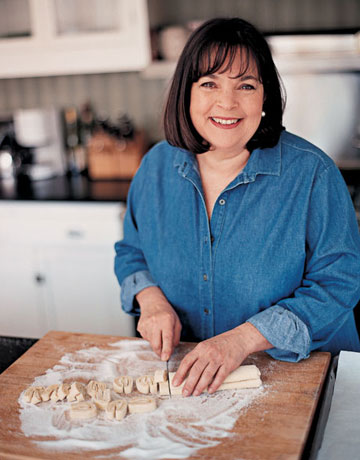 I, however, dream of this and waste my subconsciousness’s time.

Of course, when I woke up this morning and remembered all this, I realized that this wasn’t actually the greatest tweet of all time. It was just stupid. And not funny. And it’s a good thing that I fell back asleep before I could share that little gem with the world.

Man, I am really not good at dreaming up writing material.

6 Comments on All I have to do is dream